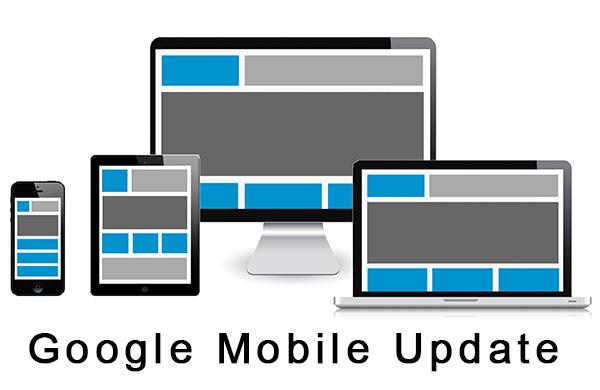 As we predicted, the big Google mobile update (or Mobilegeddon as the media was calling it) affected websites very minimally. The weeks leading up to the Google mobile update, there were several other web firms calling and scaring our customers and telling them if they didn't change their website over to a mobile friendly design, their Google rankings would tank. It also shows how far (and unethical) some web companies are willing to go to get your clients business.

As it turns out, the Google update wasn't that big of a deal. People were all up in arms because never before have Google given a public announcement before rolling out one of their large-scale algorithmic changes.

Here are a few quotes from a variety of sources about the April 21st, 2015 mobile update:

"The webmaster community, as a whole, hasn’t been too impressed with the level of significance in the mobile results. Meaning, most are not noticing significant changes to the mobile search rankings yet. Again, that might change but based on my tracking of the SEO and webmaster community, overall feedback is low around mobile ranking changes. I even posted a poll asking webmasters if they notice a change and the majority said no, they do not see a mobile update going on – at least yet." Searchengineland.com

"If you are spending a client's money & you ring a 5 alarm fire to rush to make some technical change & then see no upside after the much hyped announcement, that erodes client trust. If there is no upside and a huge drop in revenue, then the consultant looks like a clueless idiot burning money for the sake of it doing various make work projects." Aaron Wall, SEOBook.com

"Google has confirmed with me that the mobile friendly algorithm is now fully rolled out to all data centers and fully in place. So while the tracking companies and webmasters are not seeing all that much of a difference in the mobile Google results, some are indeed noticing slight changes in the mobile search results. Will things in Google’s mobile search results change even more over the next couple weeks? I doubt it. I suspect what we see today is going to be the ‘worst’ of this mobilegeddon." - Searchengineland.com

"And the results are in! Well, actually, they aren’t quite in. As it turns out, Mobilegeddon has been perhaps the most gradual release of a major Google update to date. While impacts so far are quite minimal, there have been a few." - Business2Community.com

A Few Other Notes & Things to Consider