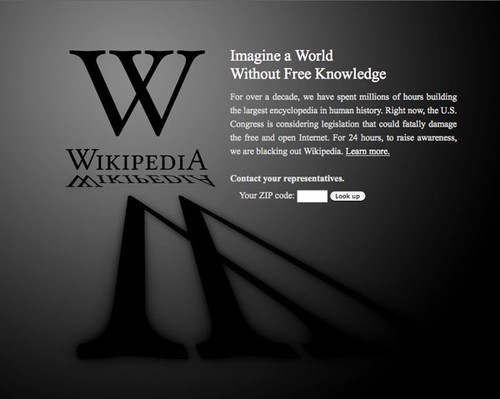 Although no action is imminent, the Stop Online Piracy Act (H.R.3261), known as SOPA, and the Protect IP Act (S.968), known as PIPA, remain a priority for many in Congress. Both SOPA and PIPA purport to stop the theft of intellectual property from foreign-based websites. While well-intentioned, the manner in which these bills attempt to achieve those goals is unworkable and includes a host of unintended and dangerous consequences.

At midnight tonight websites such as Wikipedia have shut down to protest against this. Google showed a black box over their logo in response to Congress and Craigslist showed a splash page notifying users of SOPA and PIPA. 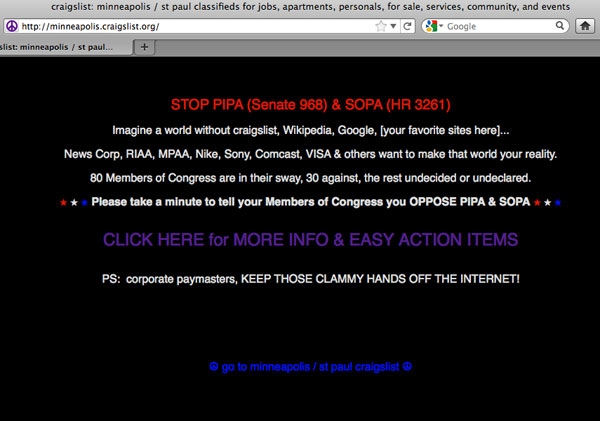 Members of Congress are trying to do the right thing by going after pirates and counterfeiters but SOPA and PIPA are the wrong way to do it. That would mean law-abiding U.S. internet companies would have to monitor everything users link to or upload or face the risk of time-consuming litigation.

To make matters worse, SOPA and PIPA won’t even work. The censorship regulations written into these bills won’t shut down pirate sites. These sites will just change their addresses and continue their criminal activities, while law-abiding companies will suffer high penalties for breaches they can’t possibly control.

More on how SOPA and PIPA can affect you online and your online business: