In the last 4 years, I have had the privilege of hunting with my very first client (Buffalo Butte Lodge) acquired over 10 long years ago. Wow, has it been that long? It only feels like yesterday when I was kicking back with a few Bud Light's in Sioux Falls, South Dakota home staring at a Dell computer in my basement, with the movie Dumb & Dumber blaring in the background.

Soon enough morning came and the website was completed and I was officially in business as a web developer moonlighting outside of work. Truth is, I had more than 6 beers and called in sick to work the next day. Eventually I came clean with my boss and we both got a good laugh since I was a loyal employee (outside that incident) and had some mad talent. So, truth be told, 3plains started with a case of Bud Light bottles on the east side of Sioux Falls, South Dakota.

6 years later, the owners of the Buffalo Butte Lodge found it in their heart to invite their odd webguy (myself) out and invite a few of my friends and business associates out as a thank you. I obliged. Hard to imagine I would make a 4 year run being myself with my clients tolerating my personality. My associates are quite the characters as well. For the record, Marshall & Colleen Springer are some of the most easy going lodge owners in the service industry and do a great job at accomodating all their clients. In my professional opinion, it's the main reason they stay booked up year after year.

The last 4 years, we always hunt on a Saturday and we make it a point to leave early on Thursday so we can meet up with the locals and stimulate the local economy.

From the Minneapolis/St. Paul area it's a 6 and a half hour drive. Typically, we don't head directly to the lodge, our destination is always on our GPS's... Ray's Northstar Saloon. Owners Ray and Marlis take good care of us city boys, so we typically swing in to drop some money because after all these years, they are family. 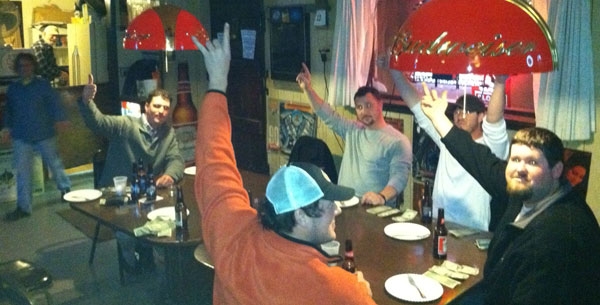 The owners set out quite a few cases for our crew and why wouldn't our beer be frozen when we arive? 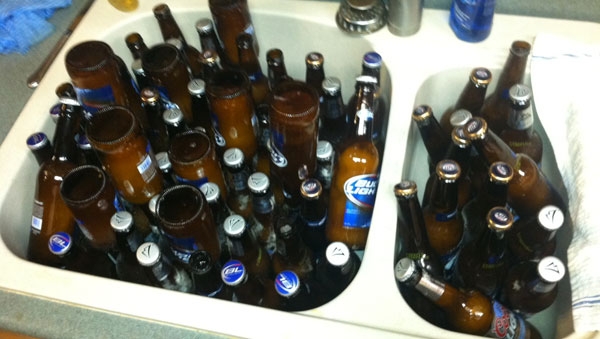 We arrived at the lodge and of course the owners were right on top of the beer.

No loss with the beers being cashed. We brought a few more cases and pushed through. We headed to the basement of the lodge, where the new Shuffleboard had been put in in December 2011. Oh yeah... 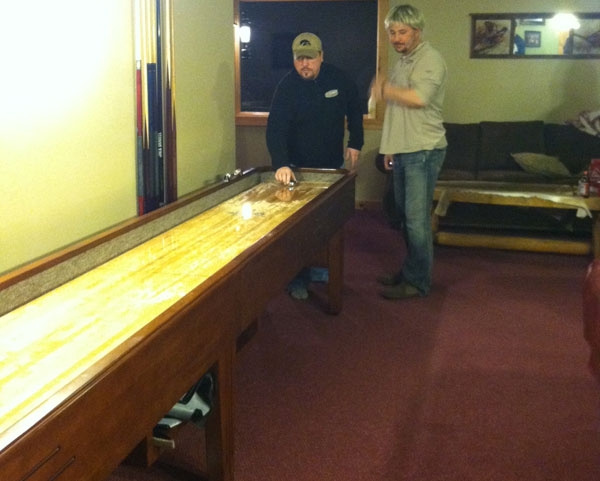 Justin throwing pucks with our guest Andy Lundgren of the Kohler Company, who decided to be a comedian and wear a fake wig. In our group, that's par for the course. 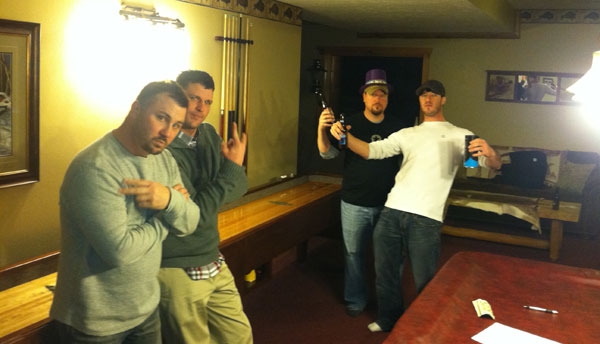 This year was strange. The weather played havac on everything. The previous year, the snow had poured down for 3 months prior to the hunt, so by the time we hunted, we had guys hunting with snow-shoes and cross country skis! No joke. The snow drifts in the shelter belts in 2011 went as high as 15 feet crusted over and the labs were working down to the pine trees working the pheasants out. In 2011 the birds were bunched up like crazy. To the point you have never seen anything like it.

This year... not even close. The birds were scattered. Were there more or less? Hard to say. However, there were a lot of damn birds and they moved fast. So it was a tougher hunt, but the birds were plentiful.

For the first year, I didn't carry a gun until the last push. I guess I have had enough over the past 10 years hunting all over South Dakota and decided I'd rather carry a video camera. Actually, I had fun and it was a good hunt. 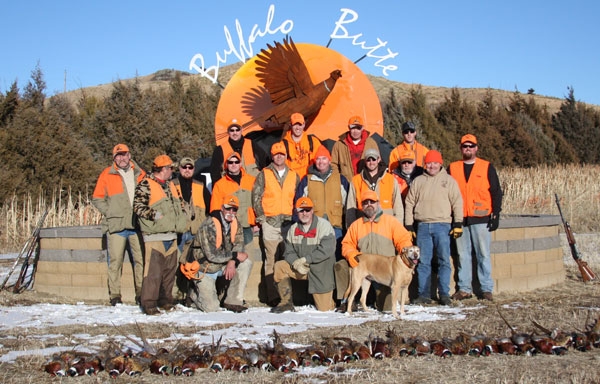 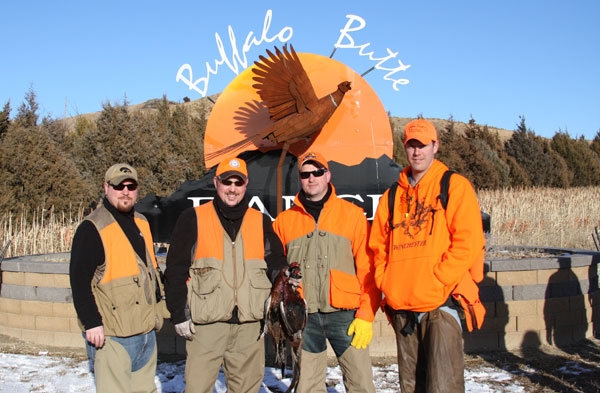 After the hunt, we have a huge meal and pheasant appetizers cooked by the Springers which is always fantastic. 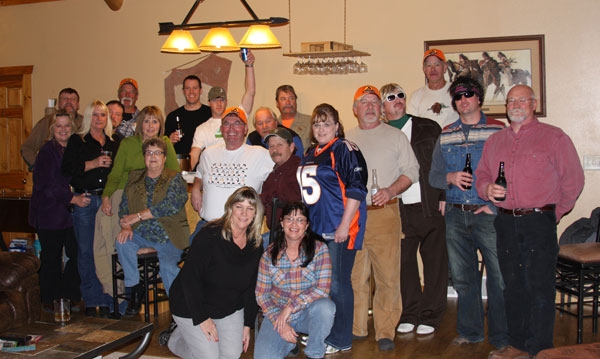 The 2012 Buffalo Butte Friends and Family Crew. Lundgren and Bright look like a bunch of tools.