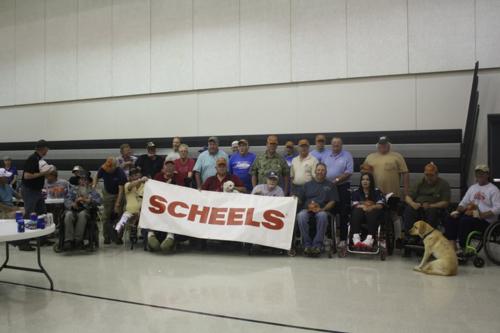 This year we sponsored a boat again for the 2014 PVA/Firefighters Joel Niemeyer Memorial Gone Fishing Event which the North Central Chapter Paralyzed Veterans of America puts on. We haven't made it out fishing with the group in the last 3 years, but we make sure at the very least to sponsor a boat or 2 each year. Our friend Steve Kayser from Buffalo Butte Ranch got us involved 5 years ago, so we have been sponsoring boats ever since. Steve said they caught good fish and limited as usual -- along with 2 days of good weather too! 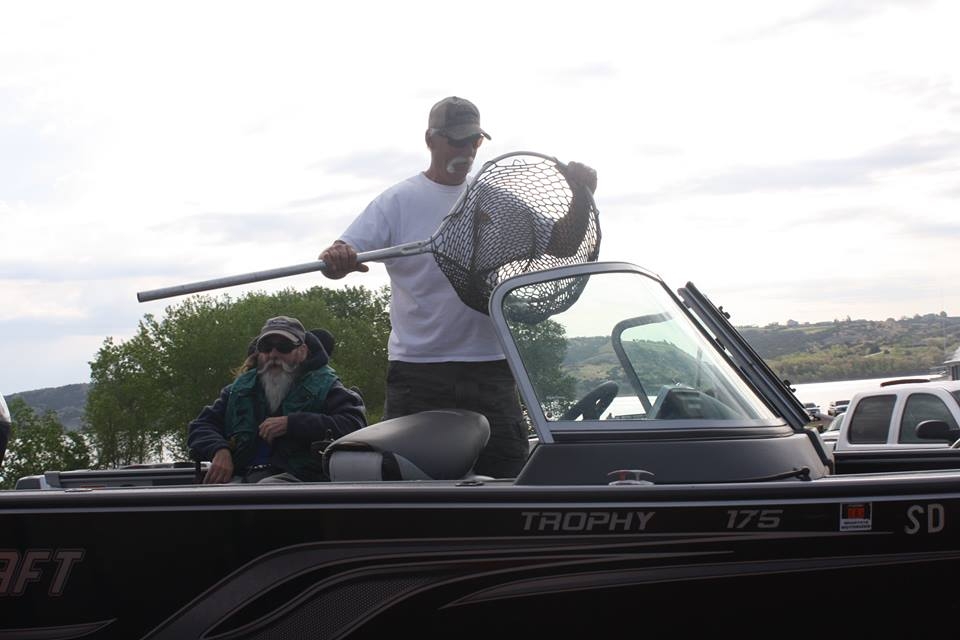 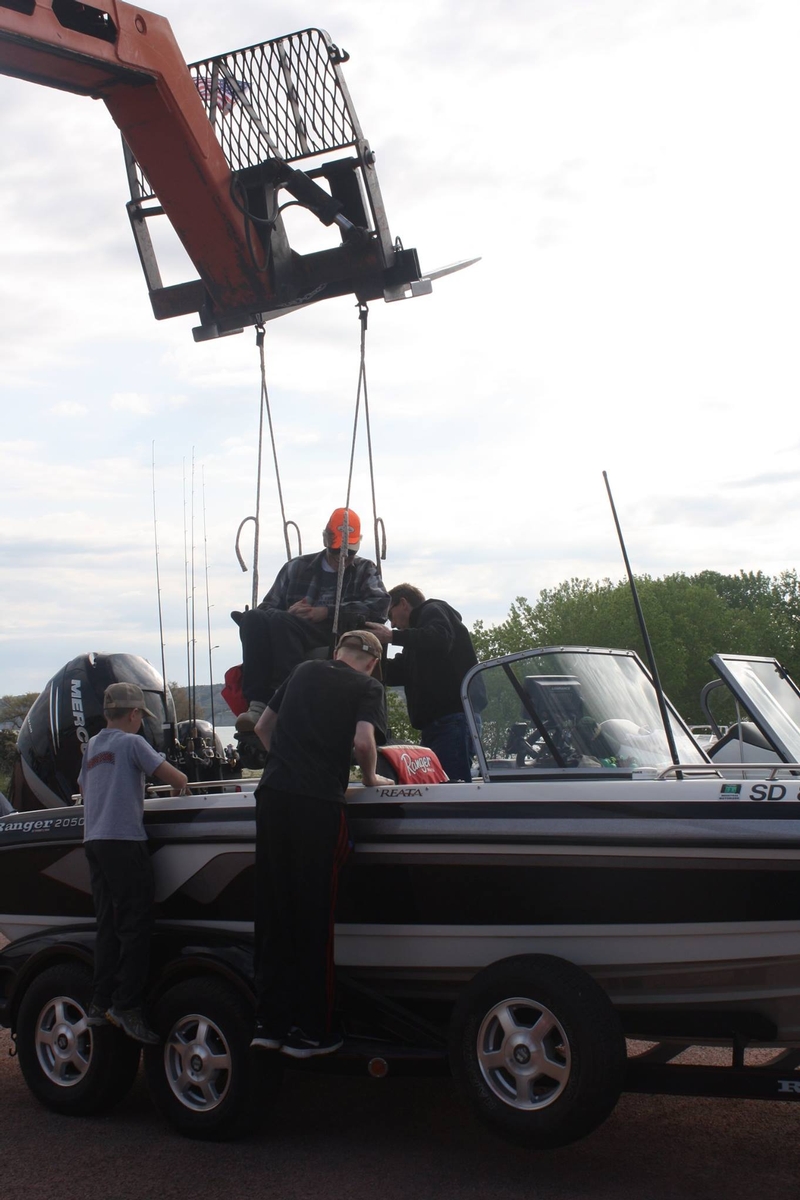 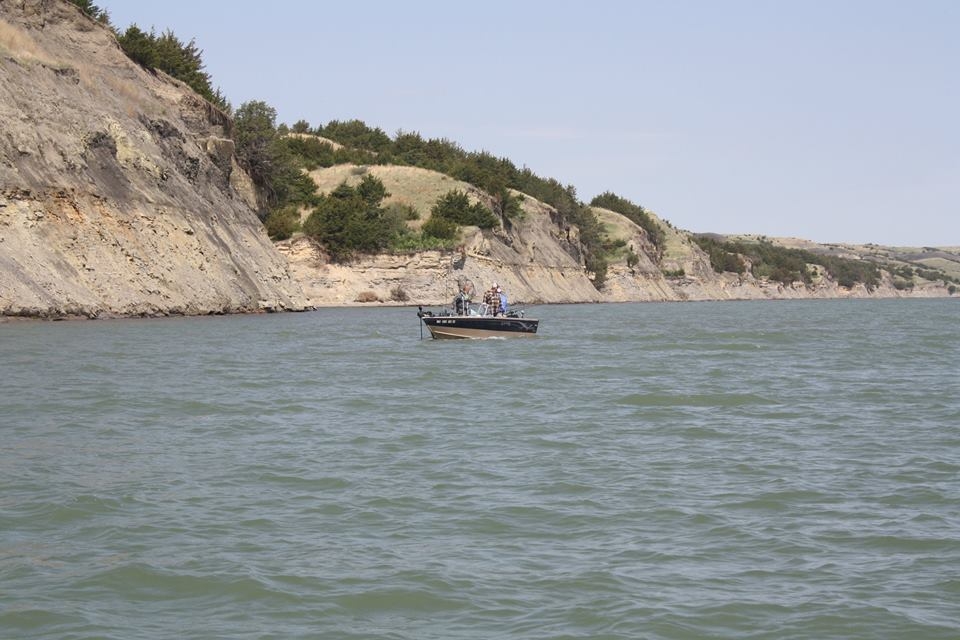 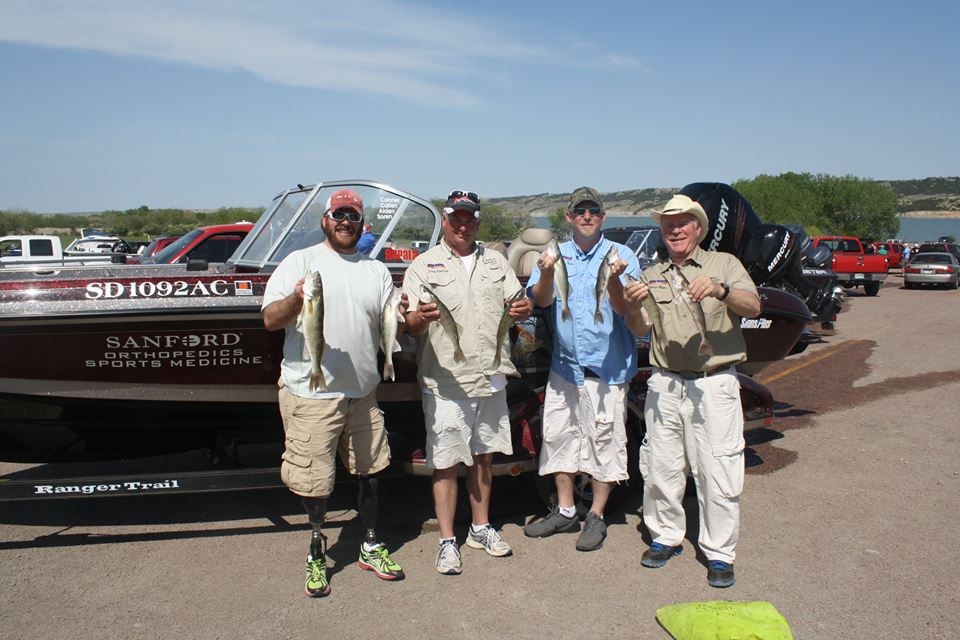 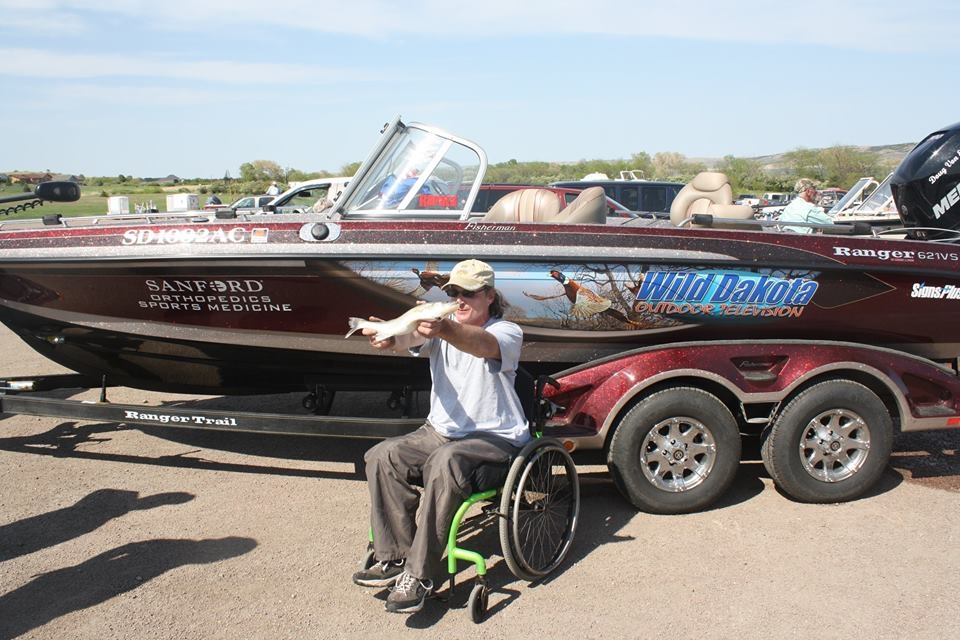 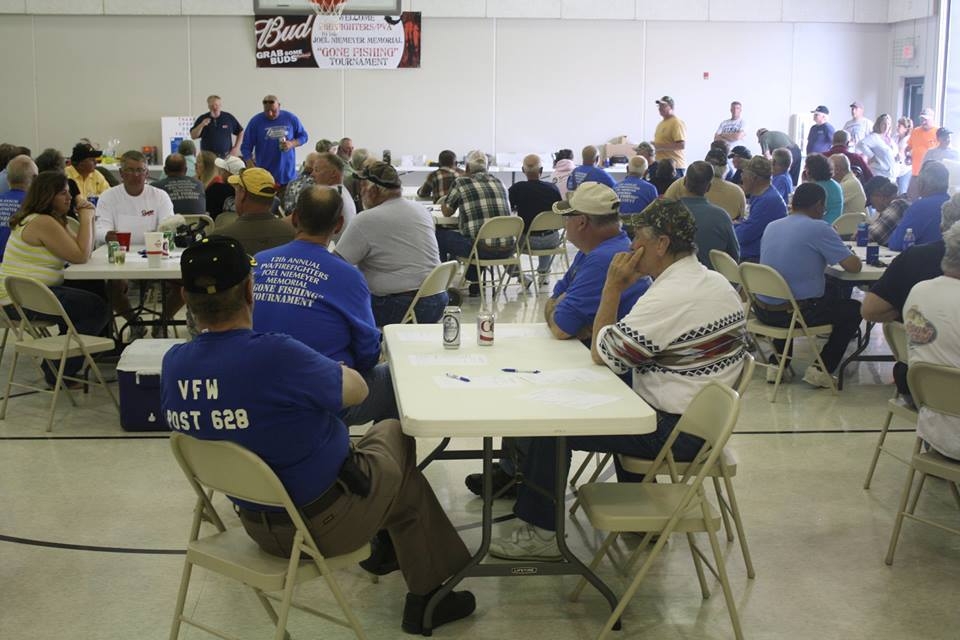 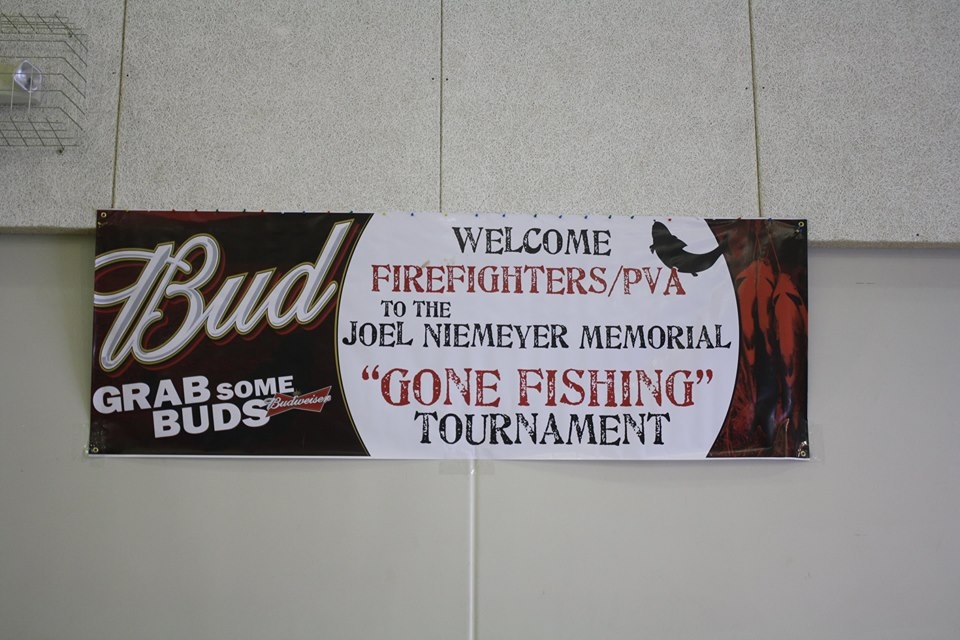 Another successful fishing event was once again accomplished! For the first time in many years, the weather was PERFECT on both days and everyone caught their limit of walleyes each day!

We had a total of 39 veterans/disabled anglers and 39 boats. Thursday morning everyone gathered at the loading dock, filled up their bags with sandwiches, goodies and pop/water. By 10:00 everyone was pretty much out in the water on a mission to get their big catch for the day. The boats started coming in mid-afternoon, limiting out on fish for the day and the best part was the big smiles on their faces.

From there everyone met at the Oacoma Community Center for a delicious steak dinner that was provided by the VFW Post 628, Sioux Falls. The North Sioux City Fire Department did a great job of cooking the steaks and the Chamberlain American Legion Auxiliary did a super job serving and cleaning up.

Raffle prizes and plaque presentations were then held with Larry Garner receiving the Keith Harvey Memorial Boat Captain of the Year Award. Larry has been involved in the event since its first inception.

The next plaque was awarded on behalf of Joel’s family for the Veteran Advocate Award which rightfully went to Vern Boer. Vern has been a huge part of the PVA Chapter for so many years and has made it possible for many of our members and other veterans to enjoy the outdoors. The following is the message from Joel’s family to Vern: “On behalf of Joel Niemeyer’s memory and the 12th Annual PVA/Firefighters Joel Niemeyer Gone Fishing Event, we are proud to present a token of our appreciation again this year. This recipient is inspiring and a huge advocate for not only the Gone Fishing Event, but to many other events that occur each year to help PVA. Joel spoke often to us about his passion and willingness to assist in anyway possible to make things happen for those veterans who also have a passion for the outdoors. Joel treasured his friendship and experiences he shared with him.

This year we present a plaque for our appreciation for everything he has done and is doing to promote and assist with the Annual PVA/Firefighters Joel Niemeyer Gone Fishing Event to “Vern Boer”. Thank you Vern for all you do to continue Joel’s legacy with fishing.”

Congratulations Larry and Vern and THANK YOU!

Friday morning everyone enjoyed a great breakfast and off for another day of fishing. Although there were quite a few who skipped breakfast and went straight for the water by 7am! Boats were coming off the water anywhere from 2:00 pm with the last one coming in at 3:30 with their limits.

A huge thank you goes out to the Regional Firefighters, SD Department of Corrections, Vern Eide and their deck hands in providing their time and boats to take our veterans out for two days of fishing. VFW Post 628 for providing the steak dinner/breakfast, American Legion Auxiliary in providing their time in serving the food and clean up, Wild Dakota Outdoor Television in filing the event, Scheel’s of Sioux Falls donating a ball cap and $10.00 gift card for each of the anglers, IMED Mobility in providing transportation for several of our veterans and a HUGE THANK YOU to all of our sponors, donors and volunteers who assisted us in making this event a huge success!! We look forward to another great adventure next year.