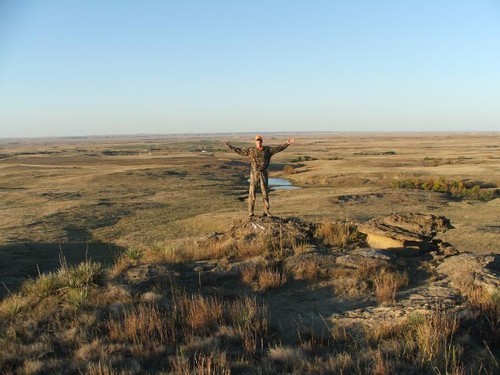 I recently had the privilege of hunting antelope out in the barren land of Bison, South Dakota. I was hosted by Mike Pankratz of Dakota Hotspots which is a guide service in Kennebec, SD specializing in South Dakota pheasant hunting.

We arrived in Bison on a Friday night around 10pm after stopping in Presho South Dakota to put up a billboard for Mike's father Duane. I was told it'd be a 30-45 minute job, and of course we had it wrapped up 3 hours later with Mike hitting his thumb twice with a hammer. 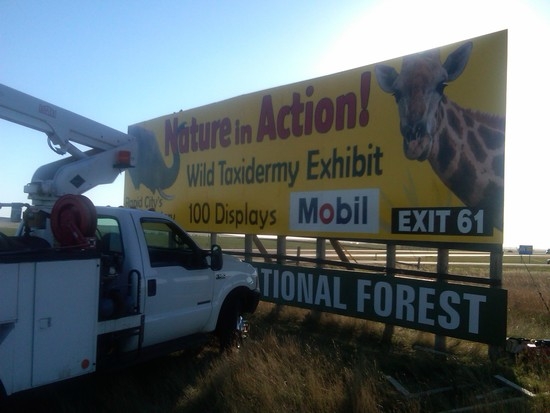 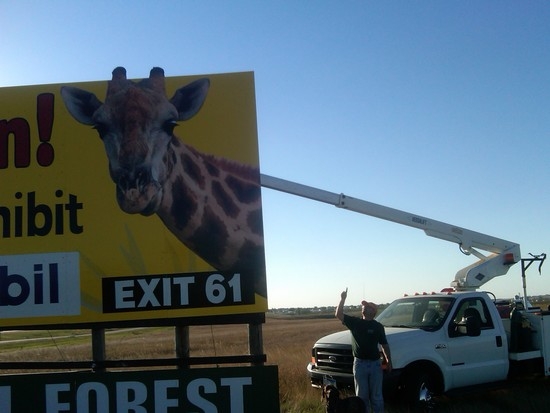 We almost forgot the horns.

We began scouting several different chunks of private land in Perkins County, South Dakota near the town of Bison Saturday morning and saw a few antelope herds here and there... but we knew not to expect much. I had been informed that the antelope numbers were extremely low due to an extremely rough winter last year. All the locals said they hadn't seen the numbers like they had in the past, nor had they seen many big bucks. However, they did share where they'd seen some of the herds. In the past, Perkins county has provided 600 antelope tags, but this year they only provided half that number. In talking to the locals, many had the opinion that the South Dakota antelope season (at least in Perkins County) should be closed for a season or two because the antelope numbers were just that bad in the area.

That morning, the biggest buck we saw was probably about 12-14 inches. We passed him up hoping to find bigger, but when we hadn't yet later in the day, we went back to that area only to find someone was loading him up into their truck after taking him in public land he'd crossed over into.

We then headed back to another area we'd seen a comparable buck we'd scouted earlier, and again, someone had nabbed him and was loading him up. Knowing the numbers were low, and having passed up two bucks that were later taken by other hunters was more than a little frustrating, so we headed back to camp and got some food before heading back out into the field to try our luck again.

About an hour later as we were up on a bluff spotting we picked out a smaller buck about a half a mile away. With two tags to fill, we decided to go for him since he was a single buck, it was late in the afternoon, and we wanted to at least get one of our two tags filled.

We drove to the bottom of the hill and followed a dried up creek for about a half mile. By the time we go to him, he was moseying away almost as if he knew we had his number. He had trotted into a cattle pasture, so we decided to use the cows as cover and got to within 350 yards of him. We decided we could take him at that range, but as luck would have it, the cattle started moving in front of us to block my shot. This ended up working to our advantage and we were able to get 200 yards closer. 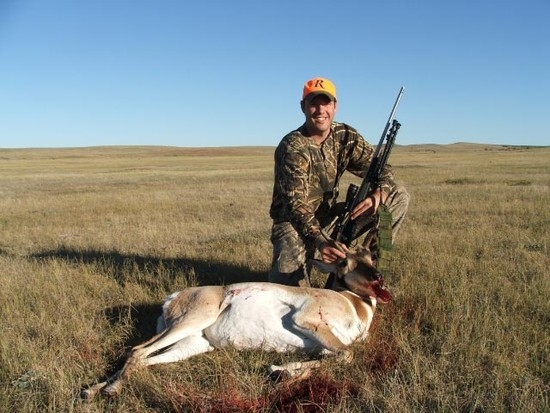 All things considered, it was a good hunt and a lot of fun. He wasn't a huge buck, but for me, he was a great first antelope hunting experience, and a feather in the cap. I'm a wing-shooter by trade, so this was a unique experience.

Bison South Dakota is rough terrain, wide open, with few trees; but also some of the most scenic landscape in the US. 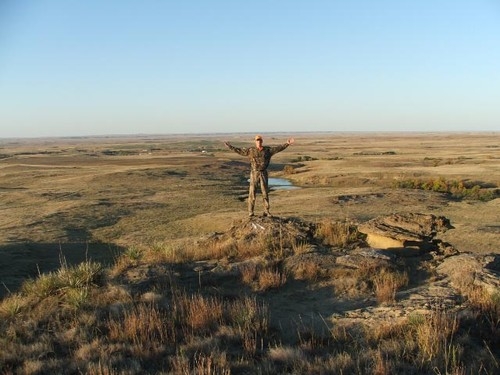 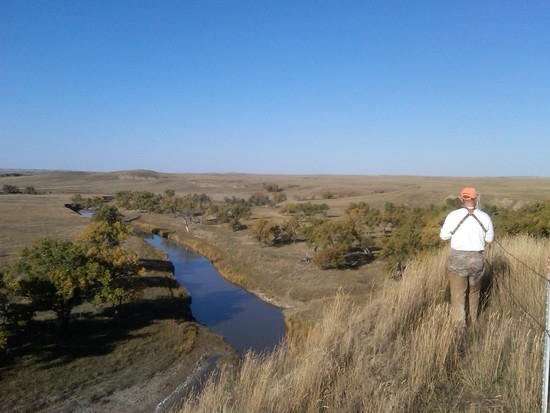 I personally want to thank Mike for inviting me on this hunt. He graciously offered to take me antelope and deer hunting after I helped his wife Amy and their three children with their Wonder Capes venture which donates capes to hospitalized children.

It's pheasant hunting season... warm up the dog and the shotguns!