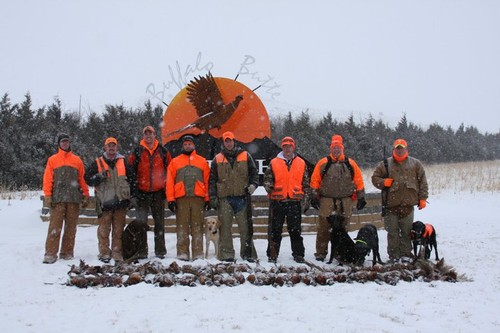 I haven't had the opportunity to write about being out in the field since my last blog post about fall South Dakota antelope hunting, so here's my hunting update for Q1. 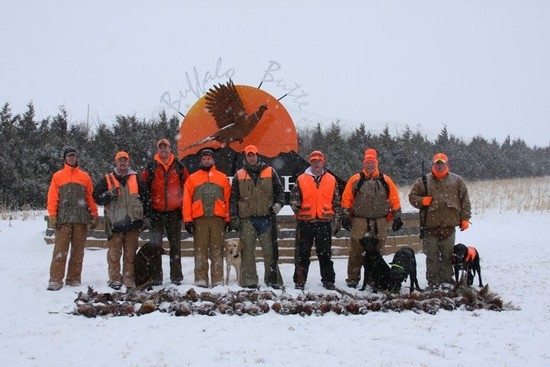 For the third consecutive year, I was cordially invited by owners Marshall and Colleen Springer to the "Buffalo Butte Ranch Friends & Family Fun Hunt". The Buffalo Butte Ranch is located in Gregory, South Dakota which is noted for it's fantastic wild pheasant populations. 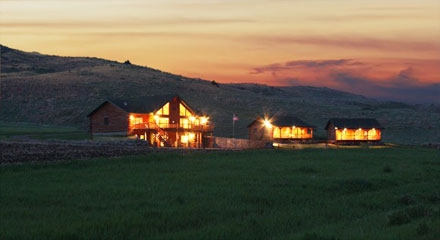 This pheasant hunting trip has become a yearly highlight for me, as the owners allow me the opportunity to bring out a few of our 3plains customers and potential customers. This year I had the great privilege of inviting seven different company owners from the Minneapolis, Minnesota area.

The South Dakota wild bird season runs the 3rd weekend in October, to the last week in January, and the preserve season overlaps, running Sept 1 to Mar 31st so this was a preserve hunt. Make no mistake, the state requires released birds on the preserve... but because this is Gregory South Dakota, you don't need to kick these birds to shoot.  There's so many wild birds still in the field that these birds flush up with the wild birds in waves and flocks at a time.  Owner Marshall Springer stated on his Buffalobutte.com blog post about the hunt that "In a short two hour hunt, estimates were well over a thousand birds in the air."

Buffalo Butte Ranch moved to preserve status a few years back for a few client groups that wanted to hunt earlier in October to take advantage of the mild October South Dakota weather. The Ranch normally shuts down the hunting for business clients after the South Dakota wild bird season in January.

The weather on Saturday was a balmy 10 degrees, blowing snow with over a foot already on the ground, with drifts reaching 3-4 feet in many places.

We had 20 hunters in the group and were glad to have all 20 as we really needed to surround the birds to get any shots at the roosters. The Friends & Family Fun Hunt is a one day event, since the owners don't want to push all the birds out of the trees into the fields. The birds hadnt been pressured in over a month, so we were expecting them to be quite bunched up.

And bunched up they were. We pushed two very long tree belts and in 2 hours we harvested around 70 roosters. If some of our group could have shot better, there's no telling how many we would have harvested. Our hunt was typical "South Dakota style" pheasant hunting. It was nice to see Dillon Springer (Farm Manager/Guide) walking back with an empty shotgun and no shells. After cleaning and tagging the birds, we could tell we shot around a 60/40 ratio of wild to released pheasants.

Photo: Mike Dolezal from Minnesota with his dog Kaylee

The Minnesota guys raved about the pheasant flushes after the hunt. How could one not? The birds got up in waves and at one point the sky above me felt like I was shooting black birds.

I was talking with a first time Buffalo Butte Ranch guest (Nick a Commercial real estate appraiser from Minneapolis) and he noted… "I've never seen birds like this! The Springer's are just plain good people."